WTO Reform: Back to the Past to Build for the Future 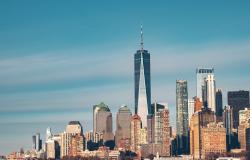 Since its formation, with a few notable exceptions, WTO members have not been able to negotiate new rules on policies that generate negative international spillovers. The Doha Development Agenda negotiations, launched in 2001, became deadlocked in 2008. Problems extend beyond negotiations – other functions of the WTO are also not performing well. The dispute settlement mechanism, long perceived as the crown jewel of the organization, no longer is operational because of US refusal to appoint new WTO Appellate Body members. Calls for WTO reform have been mounting. This article provides an overview of the WTO reform agenda, drawing on the findings of recent multidisciplinary research to provide context for the papers included in this special issue on trade conflicts, multilateral cooperation and WTO reform.

Photo by Yugandhar Bonde from Pexels