6 key books for understanding the politics of global climate change

Whether you’re starting a new research project or just looking to make sense of all of this talk of “carbon credits”, the “UNFCCC (the United Nations Framework Convention on Climate Change”), and the “Global Compact”, this list is for you! 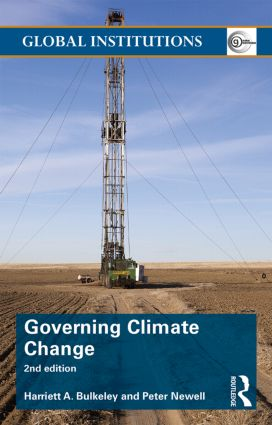 This book is a very readable and accessible primer for understanding the many facets of global climate governance. Not only does it examine climate politics at many scales, including but not limited to the state; it also wades into issues of justice while also providing a concise history of the institutions and policies that remain influential today, such as the Intergovernmental Panel on Climate Change (IPCC) and the Clean Development Mechanism (CDM). This is a wonderful first stop if you’re just beginning research in the field, but given its thoughtful and careful discussions of theories of climate governance, it is most certainly a useful text for researchers at any stage. 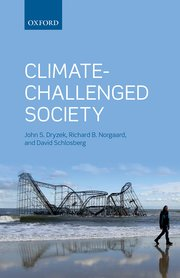 Dryzek et al.’s book is a useful survey text that assesses the social, political, moral, and economic impacts of climate change, and the range of responses to this issue. In particular, the book makes evident the “wickedness” of climate change as a uniquely challenging problem of unprecedented scope, scale, and complexity. Moreover, the book reflects on the political and ethical ideas that both drive contemporary climate change, and will determine how we could (or more importantly should) respond to this challenge. As the authors admit, to take climate change seriously requires substantial change-- to our governments, our economies, and our social and political relations. The book’s great contribution is to help us begin to reflect on what such a change might look like. 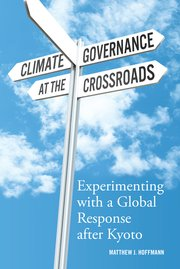 Hoffmann’s outstanding book gives great insight into to the world of climate governance beyond the state. It examines climate governance “experiments” by alternative actors, instances in which non-state actors engage in rule-making outside of established UN frameworks or national regulatory processes. The seeming chaos of these alternative forms of climate politics belies what Hoffmann finds is a relatively ordered sphere: as he says, “the experimental world is significantly patterned and organized,” with experiments characterized by their voluntariness and market orientation. In addition to developing a compelling conceptual framework for understanding the emergence and consequences of these climate governance experiments, Hoffmann’s work also offers empirical substance. His case study examinations of carbon markets and technology deployment in cities will be of great interest to those interested in analyzing climate governance through more concrete examples. 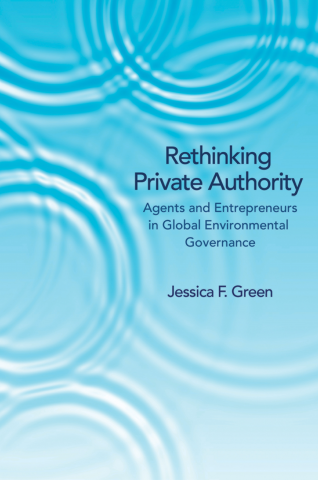 Green’s multi-award winning book is an essential read for understanding the world of climate governance beyond the traditional state based model. Like Hoffmann’s book, the work reflects on the increasingly active world of non-state environmental governance. Green’s work, however, asks key questions about the sources of authority from which these non-state climate rule-makers draw. The book highlights an interesting interplay between public and private sources of authority, and offers a useful typology of delegated and entrepreneurial authority around which we can organize analysis. It makes the key point that while private climate actors might seem to exist beyond the traditional state-centric model of environmental governance, they, in fact, are deeply entwined in the existing regime and its institutions. While a study of environmental governance (and therefore beyond just the world of climate change action), Green’s theory has clear import to the world of climate governance in particular, as evidenced by her case studies of the Greenhouse Gas Protocol and the Clean Development Mechanism. 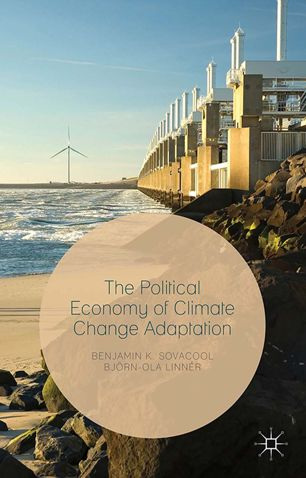 Research on climate change politics too often focuses on mitigation at the expense of the second pillar of climate change action--adaptation. This book is a welcome antidote to that trend. The authors are driven by two key research questions, namely: “Who are the winners and losers of adaptation projects? What underlying processes might affect the inequitable distribution of adaptation costs and benefits?”(3). Sovacool and Linnér balance informative empirics with provocative theoretical questions, all made accessible for readers new to the topic of climate adaptation. The book provides an interesting breadth of case studies on adaptation projects in Bangladesh, the Netherlands, and the United States, while also covering the diplomatic side of the equation with a chapter on the UNFCCC negotiations around adaptation. The case studies also helpfully illustrate the four political barriers to climate adaptation (enclosure, exclusion, encroachment, and entrenchment) that the authors identify in their conceptual framework.

6. Power in a Warming World: The New Global Politics of Climate Change and the Remaking of Environmental Inequality by David Ciplet, J. Timmons Roberts, and Mizan R. Khan. London: The MIT Press, 2015. 328p. 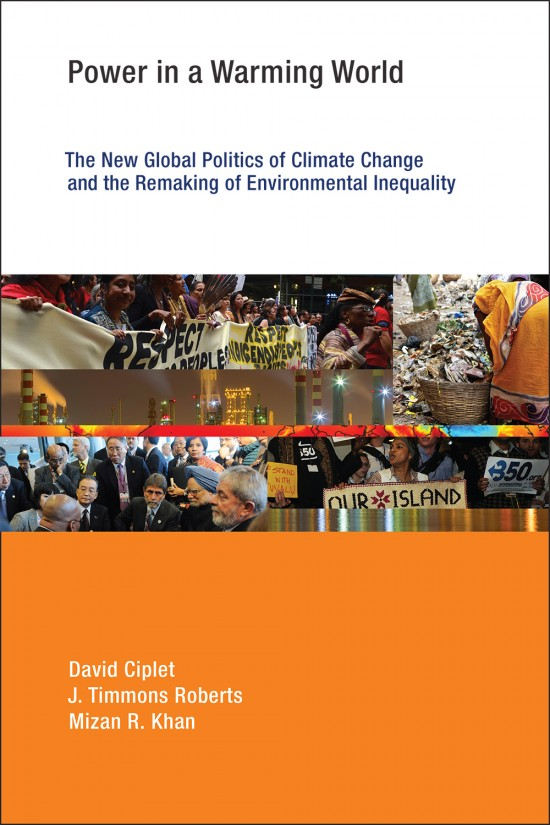 The authors of this book bring the critical questions of equality and climate justice to the forefront of the discussion, and provide an updated understanding of how power and material interests have shaped the climate regime since 2009. Taking a critical, Gramscian approach, the book examines power struggles within and beyond the multilateral United Nations process, and focuses on how these processes, and the organization of material interests, have served to heighten the vulnerability of certain states and groups to climate-related harms. Early chapters trace these struggles in the context of the multilateral negotiations since the UNFCCC conference in Copenhagen in 2009.  Later chapters examine non-state actors, and highlight the fossil fuel sectors’ unshakeable influence, complex dynamics among civil society groups, and vulnerable groups’ (e.g. Indigenous peoples and waste pickers) failed attempts to influence the climate change regime. This is a text that is sure to reframe how you think about climate change politics, as it encourages researchers to never lose sight of the critical justice questions that climate change raises.

Emma Lecavalier is the Deputy Editor of Global Policy: Next Generation.