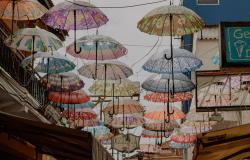 Chinese special economic zones (SEZs) have played a key role in attracting massive foreign investment and in facilitating knowledge and technology transfer to local companies. This explains the mushrooming of Chinese-led SEZs and industrial parks in parts of Southeast Asia and Africa since the early 2000s, and more recently its prominence in the planning of the economic corridors along the Belt and Road Initiative. Our interest in SEZs derives from the fact that they provide novel grounds to investigate the dynamics of knowledge transfer (KT) in South–South exchanges and the extent to which it diverges from more traditional exchanges. This study undertakes a comparative analysis of KT in the Eastern Industrial Zone (EIZ) in Ethiopia, and the Sihanoukville Special Economic Zone (SSEZ) in Cambodia. The case studies suggest that, although the provision of training by Chinese investors has added value to the labour force, its transformative impact is limited owing to the concentration on explicit KT modalities at lower skills levels and the top–down approach to KT by Chinese companies. These limitations are largely a function of the wide absorptive capacity gap between China and the host countries studied and the absence of more conducive industrial policies.

Rise of Complementarity between Global and Regional Financial Institutions: Perspectives from Asia
Pradumna B. Rana and Ramon Pacheco Pardo
Vol 9, Issue 2, May 2018
Eastern Partnership vs Eurasian Union? The EU–Russia Competition in the Shared Neighbourhood and the Ukraine Crisis
David Cadier
Special Issue: Changing the European Debate: Focus on Climate Change