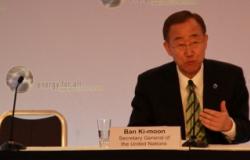 Ban Ki-moon, the UN Secretary-General (SG) has been visibly engaged throughout the year on preparations for and during the Paris Conference, but his role in contributing to achieving this agreement has been little understood. The SG has no specific mandate to deal with climate change issues. Yet without his intensive engagement it would not have been possible to reach the agreement we had in Paris. The role played by the SG and its outcomes will be the focus of this paper. Particular attention will be paid to events in 2015, but the paper also looks at some earlier events during the entire mandate of this Secretary-General, covering 2007–2016.