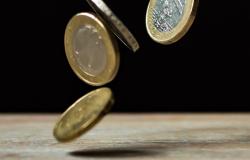 To overcome the euro area (EA) crisis, the core pushed the periphery to cut labour costs. However, this paper documents that internal devaluation (ID) only mildly improves exports and it can significantly harm firms’ non‐price competitiveness factors. This raises the question of whether ID entered the bail‐out conditionality only for economic reasons or also with political motivations. We argue that the economic crisis reignited a trust‐confidence crisis between the core and periphery countries, with the latter emerging as non‐credible reformers. While some adjustment to regain competitiveness was necessary in the periphery, it is hard to conceive that the policy mix adopted was the outcome of taking all costs into account. Political reasons appear to have exerted a notable influence and this may undermine the effectiveness, ownership and sustainability of present and future reforms.

The Dark Side of China’s Economic Rise
Jörg Wuttke
Special Issue: Europe and the World: Global Insecurity and Power Shifts