Where Next? Climate Change, Migration, and the (Bio)politics of Adaptation 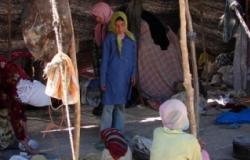 The series of recent hecatombs in the Mediterranean, together with the regressive reactions we have witnessed in and around Europe, highlight the importance of posing the question of climate change and migration. Climate change will interact with a number of drivers of migration, and will hit hardest on the weakest and most exposed – which often include migrants as well as those too poor to move. However, how the climate-migration nexus can be addressed in fair and equitable ways (with what concepts, in what fora, through what policies) is far from a simple question. This intervention proposes two main arguments. First, a brief overview of recent debates suggests that we are still far from any progressive approaches to ‘climate migration’ – those that have emerged are different expressions of biopolitical discourses on sustainable development and resilience. Second, this intervention invites to reconsider the widely held and depoliticising assumption that climate migration is a ‘problem to be solved’ - for instance, by UNFCCC. Rather, the nexus should be seen as a set of open questions on different alternative climate futures, as well as a symptom of the irreducibly political tensions inherent in every form of mobility as much as in every attempt to discipline/govern it.