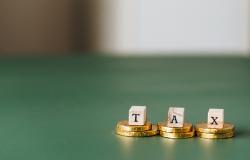 The incrementalism of carbon pricing, which includes carbon taxes and emissions trading, has led us astray. It has been proffered as a key component of climate policy, yet evidence clearly shows that its effects are marginal. It provides limited emissions reductions and has provoked considerable political controversy in key large‐emitting countries. More importantly, pricing carbon means viewing climate change as a market failure, rather than as a problem of societal transformation. But rapid decarbonization will require more than market corrections; it demands strong state intervention to reorganize the economy. In this maximalist view, the state must create public goods, rather than merely prevent public bads. This article seeks to expand our collective political imagination about climate policy, moving beyond mundane fights about the appropriate design of carbon pricing. Instead, we need to think bigger. Aggressive climate policy begins with a reassertion of state sovereignty. Multinational corporations use ‘offshore’ tax havens to avoid paying taxes. By closing loopholes on corporate tax evasion, states reaffirm one of their fundamental functions: taxation. This reform would repatriate billions of dollars in missing capital, and help create the political conditions for meaningful action on decarbonization. Tax reform, not just carbon pricing, is climate policy too.