Democracy and Regulating Autonomous Weapons: Biting the Bullet while Missing the Point? 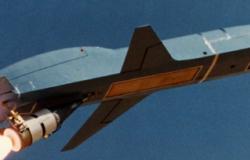 Public policy debate around regulating emerging autonomous weapons systems is vital, but in danger of neglecting crucial challenges. Current analysis focuses around efforts to define autonomy and to incorporate ‘autonomous’ systems within established regulatory systems, particularly international law and arms control treaties and conventions. This emphasises two key decision moments as the focus of regulation: the initiation of hostilities and target engagement, reflecting the just war tradition that provides the intellectual backdrop for much of this debate. This article suggests this underestimates the significance of the potential consequences of such weapons systems, arguing that this consensus disguises the extent to which autonomy can only be meaningfully engaged within the specific context of the circumstances when such systems may be deployed, and that the speed of decision-making by such systems will outstrip regulatory endeavours focused on the two decision moments. This paper thus argues that only wide-ranging debate, especially within democracies leading the development of such systems, about the relationship of autonomous systems to the nature and purpose of military violence and underpinning democratic values and principles, can adequately address the challenge presented by the emergence of contextually autonomous weapons.

The G20 and its regional critics: the search for inclusion
Andrew F. Cooper
Vol 2, Issue 2, May 2011