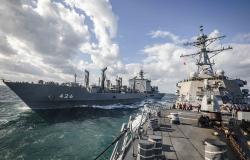 Escalating tensions in South China Sea have epitomized US–China relations for nearly a decade. Warning signs of a possible collision between a rising China and steadfast US, bring to light the need to think about ways that can halt and reverse the intensification of their confrontational moves. The historical trends regarding the freedom of the seas suggest that a way out of this predicament is possible through negotiations. The tenets of the freedom of the seas seem to prevail once they begin to serve the challenger’s interest. Yet, the path toward interest alignment between the challenger and the norm‐maker, in this case between China and the US, depends on their ability to avoid any miscalculation that can provoke further escalation of tensions, which in turn may lead to violent confrontation between nuclear powers. A particular historical precedent between the US and Soviet Union demonstrates that a compromised solution can be found in upholding the normative framework based on the Law of the Sea Convention (UNCLOS). Emulating this approach may help the parties to avoid an unnecessary and avoidable military gamble in South China Sea.