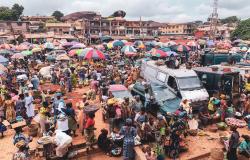 This article investigates aid delivery channels and their potential contribution to state-capacity-building in sub-Saharan African (SSA) fragile and conflict-affected states (FCSs) by drawing on the New Deal for Engagement in Fragile States. Using the synthetic control method (SCM), the paper examines whether donors have implemented foreign aid following their commitment to the New Deal. It focuses on the period 2005–2019 and 44 SSA countries. Overall, the findings show that less aid is delivered through the public sector in FCSs, where building state capability is more necessary than in non-FCSs in SSA. This shows that donor foreign aid practices do not match their commitment to the New Deal for Engagement in Fragile States, although there are significant differences in donor practices. The tendency in donor aid-giving is to bypass the public sector, which does not necessarily help strengthen capacity in FCSs. It is a paradox of foreign aid to fragile states due to the contradiction between the short-term effectiveness of foreign aid and the long-term necessity of state-building in FCSs. With these findings, the paper calls for international efforts to improve aid-giving to support state capability in FCSs.

Photo by Tope A. Asokere from Pexels