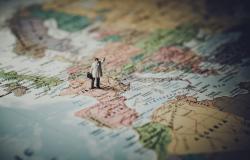 The European Union (EU) is hoping that 2020 will be a pivotal year in its relationship with Africa. As Africa becomes more of a strategic priority for Europe, European leaders are aiming to reset relations. In the words of Ursula von der Leyen, the new President of the European Commission, Europe wants to work “in the spirit of a true partnership of equals”. What are the prospects? This essay reviews two decades of cooperation between Europe and Africa in three key areas: development finance, migration, and trade and investment. The track-record is sobering. It shows how leaders from the two continents have been trying (and failing) to reset their relationship for the past twenty years: time and again pledges have not been met, and leaders have often talked past each other. Cooperation has not been impeded by a shortage of projects and programmes, but by a dysfunctional relationship. Given the geographic proximity of the two continents and regular flows of trade, people, and finance between them, African and European governments need to find more effective ways of working together. Leaders need to openly acknowledge and discuss the deep-seated tensions, divergent interests, and confront the trust deficit that undermines cooperation. The essay ends with suggestions on how to make this happen.

Photo by slon_dot_pics from Pexels

Jones - Will this time really be different - Twenty years of trying (and failing) to reset Europe-Africa relations.pdf301.81 KB