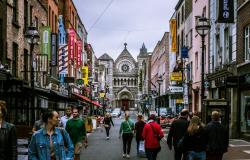 This article considers the Protocol on Ireland/Northern Ireland in the UK–EU Withdrawal Agreement as a ‘flexible and imaginative’ response to the problems that Brexit has created for the island of Ireland. It looks at the purpose of the Protocol and its origins, noting the reasons why flexibility was required from both sides. It then considers the ways in which precariousness from its conception has been demonstrated in its first year of operation. This focuses upon four main areas: implementation, dynamic alignment, the democratic consent vote, and the UK–EU relationship. Its core argument is the ‘flexibility’ that the Protocol requires also means a certain degree of ambiguity. In the absence of a stable UK–EU relationship, this precariousness could exacerbate the difficulties of meeting the policy challenges that surround the Protocol for Northern Ireland, the UK, Ireland and the EU.