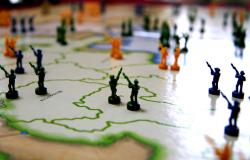 This paper argues that the BRICS are status quo powers concerning two core norms of the international society: sovereignty and hierarchy, what conditions both the scope and depth of their security cooperation. On the one hand, this enables cooperation, as they can use the group to protect these norms and reinforce state control on transnational flows. In addition, this facilitates the formation of ties among foreign policy and bureaucratic elites across the BRICS who share a preference for protecting these norms. On the other hand, the importance attached to these norms constrains cooperation: differences of regime type are associated to higher levels of distrust; and intragroup power asymmetries raise fears of potential unequal agreements. The paper then applies these ideas to indicate the potential for cooperation on anti‐drug and cybersecurity policies. On the one hand, different regime types and power inequalities are likely to hinder cooperation. On the other hand, interests from foreign policy, political and bureaucratic elites in protecting norms, as well as in increasing state control on transnational flows and expand repression against new threats are likely to facilitate cooperation.

EMU will Succeed Even Without a Federal State
Paul van den Noord
Vol 5, Issue 2, May 2014

The Organisation for Economic Cooperation and Development 1961–2011: Challenges for the Next 50 Years
Judith Clifton and Daniel Díaz-Fuentes
Vol 2, Issue 3, October 2011