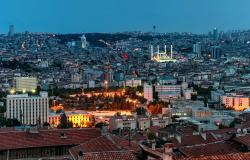 This article explores Turkey's expectations for the AIIB as a new multilateral development bank (MDB) and examines the projects that the AIIB has financed in Turkey so far. The main argument is that economic pragmatism, national developmental needs, and geopolitical motivations together explain Turkey's interest in the AIIB. Ankara initially hoped to attract funds from the AIIB for its connectivity projects in Eurasia. Ankara has also seen the AIIB as an important contributor to its long‐standing goal of enhancing Turkey's national energy supply security. The Bank's lending in Turkey has so far concentrated on energy sector projects. As of 2019, Turkey is the third largest recipient of AIIB loans. From a geopolitical perspective, Ankara's interest in the AIIB is part of its recent pivot to Eurasia and its self‐identification as a rising power with a growing regional and global crossroads agenda. As such, Ankara's expectations for the AIIB are also evolving as the Bank's own agenda is becoming more concrete and as Turkey makes these shifts in its geostrategic positioning.

A Fool’s Errand? The Next Secretary-General and United Nations Reform
Richard Ponzio and Michael Schroeder
Vol 8, Issue 2, May 2017