State Intervention Does Not Support the Development of the Media Sector: Lessons from Korea and Japan 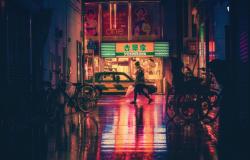 Contemporary media production in East Asia has been booming in recent decades, reaching consumers of various nationalities to an extent unseen before. Concurrently, various collaborations in the production and promotion of movies, TV programs, animation, videogames, music, and the like have intensified and become more effective in delivering cultural content across national borders. The state in East Asia, once considered a custodian of local culture and a censor of foreign influences, has gradually changed its position and now views media production and its export as an integral part of market activity beneficial for both economy and diplomacy. Drawing upon governmental reports and interviews with government officials and media industry personnel in Korea and Japan, this paper examines the way the state reacts to the massive production and export of media culture, its attempt to integrate it within its developmental economic model, and the bureaucratic restructuring this process entails. The central argument presented is that state policy toward the media sector, and the abundance of institutions dealing with this sector in Korea and Japan, are the result of the growth of market‐led media production and globalization. In other words, media industry development is not the result of policy, policy is the result of media industry development. In a wider context, this paper aims to better conceptualize the relations between state policy and media production in East Asia and the dynamics of industrial globalization under state guidance.