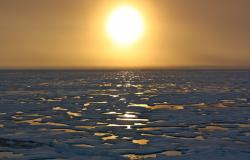 The 2018 Agreement to Prevent Unregulated High Seas Fisheries in the Central Arctic Ocean (Agreement) is a notable intervention in living resources management. The Agreement seeks to anticipate future fisheries management and serves as a reminder as how international legal frameworks such as UNCLOS ‘regionalise’ seas and oceans. But thus far analyses of the Agreement have tended to focus on its legal and managerial qualities and implications. This paper offers a different reading of the Agreement, informed by critical geopolitics, which focuses on how the Agreement actively produces ‘the Central Arctic Ocean’ (CAO) which it then seeks to manage. The Agreement will shape not only the future geopolitics of the Arctic Ocean but also the diverse array of interests held by Arctic Ocean coastal states, indigenous peoples, environmental groups and extra‐territorial parties such as China.