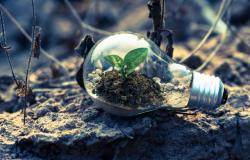 Loss of biological diversity continues at alarming rates, despite valiant UN efforts aided by the international community. The 2010 Target for biodiversity has been missed. The Aichi Targets, adopted in 2010, may also not be met by their timeline of 2020. The Convention on Biological Diversity (CBD) and its partners are now preparing a post‐2020 global framework for biodiversity, to be adopted in October 2020, at its 15th Conference of the Parties. The initiative presented here is meant to provoke further thought on how to accelerate efforts toward stopping biodiversity loss. Ten proposals are briefly introduced and discussed, with emphasis on three priority fast track initiatives: (1) the creation of as extensive as possible a worldwide protected area network; (2) a complete halt to deforestation and the restoration of forest ecosystems; and (3) a massive reduction in or (ideally) a halt to further environmental pollution. Following a discussion of approaches at national, regional and global levels, the proposals are related to a generic scenario comprising the biodiversity‐related institutional landscape and its governance systems and trends in biodiversity and its global distribution resulting from the interplay between human impacts, conservation efforts and uncertainties about the future course of evolution.

Photo by Singkham from Pexels