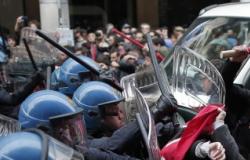 Does conditionality always work? If, as it appears, the answer is negative, why do certain externally incentivized countries comply while others do not? To answer these questions we rely on cognitive psychology and dynamic Bayesian principal-agent games to develop a theory of downwards-sloping long-run supply curves. More specifically, we explain how, when applied to an intrinsically motivated agent, external incentives imposed by an informed principal carry an informative signal which in the long run crowds out the agent's intrinsic motivation. To probe the plausibility of the ensuing hypotheses we compare the reformist pace of two centre-left governments of financially distressed Southern European countries during the eurozone crisis, namely Greece's Papandreou administration and Spain's Rodríguez Zapatero administration. Based on the analysis of more than 400 newspaper reports and 12 expert interviews we find positive support for our theory: while Papandreou quickly admitted the need for far-reaching and politically costly reforms, Zapatero initially delayed all kinds of measures. But as European incentives kicked in, the strongly incentivized Papandreou went into irreversible reform fatigue, while the softly incentivized Zapatero dedicated his last months in office to bring about unprecedented reforms. We conclude with some indications about future research in this direction.