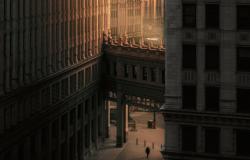 Dahrendorf´s Quandary, an early formulation of the Rodrik Trilemma, stipulates that maintaining economic competitiveness requires countries either to adopt measures detrimental to the cohesion of civil society, or to restrict civil liberties and political participation. The global financial and economic crisis of 2008–09 offers a test case for the applicability of the Quandary. We do so by examining economic, political and social stressors afflicting countries during the period of 2009–2014 relative to the severity and type of crises they experienced, and the ensuing political consequences for economy policy, democracy and society prevalent in 2019. We find that the Quandary does not apply uniformly across advanced market economies. Instead we detect distinct clusters that vary in their intensity of the tension the Quandary stipulates. We also find a consistent and positive relationship between Quandary intensity and crisis severity, yet obtain inconclusive results when looking at the relationship with current trends. The findings suggest that the crisis preparedness and the actual governance capability of countries to address the negative effects of economic globalization are key to managing the tensions inherent in the Dahrendorf Quandary and the Rodrik Trilemma.

Photo by Benjamin Suter from Pexels