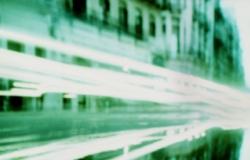 Democratization can advance “beyond borders” as an international trend, but it can also falter and decay on as a transnational phenomenon. This article examines the forces that seem to be weakening democracy on a global level, including populism, the rise of authoritarian leadership, and growing xenophobia. It compares current discontents with the advent of dictatorships in the 1930s and focuses in particular on the growing inability of postwar political parties to provide coherent governance since the 1970s. Borrowing a suggestion from Albert Hirschman's Shifting Involvements, it tentatively suggests that following a long era of strenuous political engagement in the twentieth century, an institutional anomie has set in, such that political acitivity — not as confrontation, but as institutional commitment — has decisively eroded in Western societies.