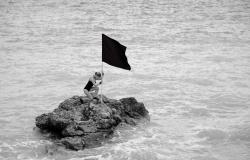 Why does Europe – or anyone for that matter – want to increase its power? To get more resources? Increase its security? Enhance its global prestige? Protect itself from unforeseeable risks that could completely change the status quo? All of the above? The US seeks to preserve its power and insulate itself from risks by supporting a strong and open economy, by maintaining an overpowering military capability, by promoting cutting‐edge technology and by underwriting a democratic society that can self‐renew by remaining open to immigrants (notwithstanding the policies of the current administration). China has been using its exponential economic growth and single party control of power to oversee an expansion in its military and technological power, simultaneously mobilizing a vast resource of labor by means of a population transfer from the countryside to cities on a scale that is larger than the world has ever seen.

Photo by Engin Akyurt from Pexels