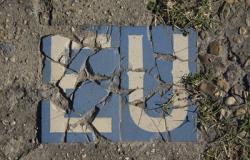 In the present context of intensifying competition between the major trading economies and potentially game‐changing technological developments, the European Union is generally seen as the weaker party. Lacking the ‘hard power’ derived from military capabilities, it has laid claim to a ‘soft power’ of normative influence externally, yet even that is only partially utilised. Nor has Europe been able to exercise the power to coerce – ‘sharp power’ – commensurate with its economic weight as a trading bloc equivalent in size and reach to the US or China, its most prominent global competitors. How can Europe strengthen its position, and in what fields? Through a scenario exercise, we develop eight policy proposals aimed at countering Europe´s vulnerabilities and enabling it to assert its sharp and soft power more effectively. Specifically, we consider the feasibility, means and scope for their realisation. Together, they provide a transformative agenda for the EU’s position in the world.

Photo by freestocks.org from Pexels