The Financial Crisis of UNESCO after 2011: Political Reactions and Organizational Consequences 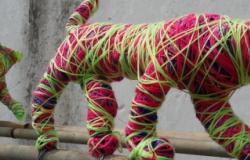 The present situation of UNESCO is unique in both, financial and legal terms. The United States with an assessment rate of 22 per cent to be contributed to the regular budget stopped paying its membership dues as of 2011 when the General Conference of UNESCO admitted Palestine as a Member State. But the United States decided to remain full member of the Organization. Israel followed the same way. The impact of an increasing ‘debt mountain’ over the years is obvious which led to a serious reduction in staff and activities. No one dares to question the issue of membership. Other member states started paying their annual dues either late or not at all. Ad hoc attempts of organizational change dominate the running of UNESCO without overcoming the existing fragmentation.