COP21 and the Paris Agreement: Change and Status Quo 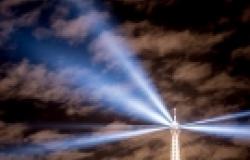 This essay examines the latest inter-state negotiations on climate change at COP-21 and argues that the Paris Agreement should be seen as neither a trivial blip in the governance of climate change nor as a radical turning point, as others have argued. While the Agreement attempts to innovate on past approaches to climate change governance in important ways, it also embodies existing methods as well as tensions within the system. Specifically, Nationally Determined Contributions, the cornerstone of the Paris Agreement, use national flexibility as a means to opt states in to committing to climate change mitigation. This conception of flexibility attempts to modify flexibility’s long-standing purpose as a means for states to loosen or opt out of commitments. The Agreement also endorses a periodic review to ratchet up ambitions, which again attempts to craft a new role for flexibility. Despite these innovations, however, the Agreement misses an opportunity to clarify commitments under climate change finance, to usher in better differentiation within the developing world, and to endorse stronger accountability mechanisms.

Kaya and Desai - COP21 and the Paris Agreement, Change and Status Quo_0.pdf3.51 MB