Fixing Europe Is About Performance, Not Democracy 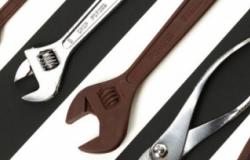 The gradual drop in public confidence in the EU since the beginning of the 2008 economic crisis indicates an erosion of the long-held belief among citizens and elites alike that European integration is the best option to secure a better future. But is it EU democracy that is being challenged here, or is democracy itself challenging the prospects for EU integration? To answer this question, this article briefly reviews first-hand evidence of the basis of trust and the loss of it in European institutions. The evidence is dealt with at a national rather than individual level, and comprises mostly survey data and primary facts that can inform a policy argument. This article does not offer a full explanation of populism nor of attitudes to democracy or globalization, each of which clearly deserve an article in their own right. Instead, it uses data to deconstruct the myths of the EU loss of confidence and its connection with democracy. The two main factors found to decrease trust in the EU are economic growth and confidence in national governments’ performance in terms of controlling corruption.

Why is the IMF at an Impasse, and What Can Be Done about It?
Robert H. Wade and Jakob Vestergaard
Vol 6, Issue 3, September 2015