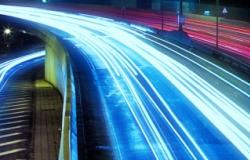 In the past four decades topics related to the moral evaluation of global politics have occupied a central part of the philosophical debate. The first three sections of this essay provide a reconstruction of the defining features of the globalization of politics and of the ways in which the latter have contributed to the increased philosophical attention on the moral aspects of global affairs. In sections four to six, we move to the current debate in global political theory. Moral cosmopolitanism has come to articulate the boundaries of reasonable disagreement in global political theory and has implied a deep form of commitment to basic human rights. However, we argue in section six, agreement on basic human rights has not evolved into widespread convergence on a range of central political concepts such as distributive justice and legitimacy. Against this backdrop, in sections 7 to 10, we move on to consider the role of democracy in global politics. The main conclusion that the essay will put forward is that the complexity of the institutional landscape beyond traditional state borders does not automatically lend itself to the mechanical application of democratic institutional forms, but that democratic values can still play an important role.