Powerful Individuals in a Globalized World 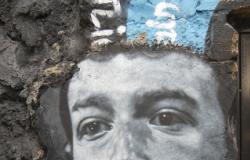 Mark Zuckerberg, founder and CEO of Facebook, made media headlines at the end of last year when he announced his intention to donate most of his Facebook shares to charity. This article deals with the significance and potential of individuals, such as Zuckerberg, in a globalized world, to determine global policy agendas. Philanthropists who head global foundations are the most apparent. While philanthropists’ involvement in international relations is based on their capital, celebrities increasingly use their fame to do political advocacy, and social entrepreneurs are sometimes able to initiate change based on new ideas. Contributing to the existing literature, the article compares the characteristics of these three categories and discusses their relevance against the background of the increasing delegation of authority to private actors in global governance. When dealing with non-state actors in global governance, scholars have simply assumed these actors to be collective entities. In consequence, we have missed the fact that power has not only shifted away from state actors but also increasingly concentrates on very few individuals who possess respective resources of power. The individualization of global policy processes therefore causes new problems of democratic accountability and legitimacy.

From There to Here and Beyond: A Friendly Rejoinder to Davidson et al.
David Gordon and Craig Johnson
Vol 10, Issue 4, December 2019