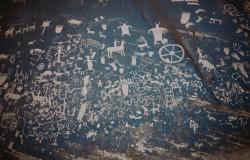 If the United Nations system is to remain relevant, or even survive, the thinking to re‐imagine and redesign contemporary global governance will come from the Third UN. This article focuses on the ecology of supportive non‐state actors – intellectuals, scholars, consultants, think tanks, NGOs, the for‐profit private sector, and the media – that interacts with the intergovernmental machinery of the First UN and international civil servants of the Second UN to formulate and refine ideas and decision‐making in policy processes. Despite the growth in analyses of non‐state actors in global governance, the ‘other’ or ‘Third’ UN is poorly understood, often ignored, and normally discounted. Some advocate for particular ideas, others help analyze or operationalize their testing and implementation; in any case, many help the UN ‘think’ and have an impact on how we think about the United Nations.