Which Democracy for a Union of States? A Comparative Perspective of the European Union 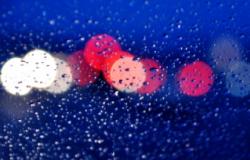 The article investigates the democratic model of the European Union (EU) from a comparative perspective. A democratic model concerns the way in which systemic divisions, expression of structural cleavages, are institutionally and politically regulated in order to generate authoritative decisions applicable to all members (citizens and territorial units) of the political system. On the bases of a critique of the statist paradigm that influences comparative politics literature, the article has shown that unions of asymmetrical and differentiated states (as the United States, Switzerland and the supranational EU) function according to a democratic logic different from the ones characterizing the nation states. Unions of states function without both a government and a state because structured on multiple separation of powers that segment sovereignty horizontally and vertically. The segmentation of sovereignty constitutes a condition for preventing domination of the larger and powerful states on the smaller and weaker ones.

Shrouded in Secrecy: International Relations according to Carson, Berman and Lake
Vol 11, Issue 3, May 2020