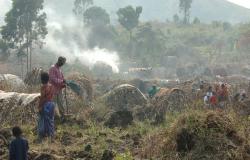 Over the last few years, European NGOs were very successful in raising awareness about international trade in minerals funding armed conflicts around the world. In May 2017, after more than three years of negotiation, the European Union signed the new Conflict Minerals Regulation. At first glance, this Regulation demonstrates ‘ethical’ or ‘normative’ power: The EU uses its commercial power to promote norms of international peace and security, accepting prospectively higher prices for imports of minerals. The Regulation also supports a re‐centring of the state after two and a half decades of economic liberalization. However, the EU only follows and lags behind the 2010 US Dodd‐Frank Act section 1502. The article shows that the EU does not reject collective norms, but is incapable or unwilling to put a tight rein on domestic businesses. The new EU Conflict Minerals Regulation stands only for symbolic normative power.

The results of internal devaluation policy as a crisis exit strategy: The case of Spain
Javier Bilbao-Ubillos and Ana-Isabel Fernández-Sainz
Vol 13, Issue 5, November 2022