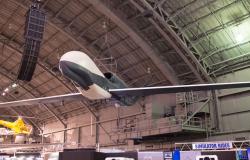 Ongoing discussions about autonomous weapons typically share concerns of losing control and the potentially destabilizing consequences for global security. To the extent that there is any consensus among states, academics, NGOs and other commentators involved in diplomatic efforts under the auspices of the UN Convention on Certain Conventional Weapons, it is grounded in the idea that all weapons should be subject to meaningful human control. This intuitively appealing concept immediately gained traction, although at a familiar legal‐political cost: nobody knows what the concept actually means in practice. Although global discourses on policy and governance are typically infused with ambiguity, abstract concepts are of little use if they ignore the operational context that confronts the military in their application. This article places this intuitively appealing concept in context, and thus examines it in operational practice. Paying attention to this military practice is important as it demonstrates that meaningful human control is not the only, or the best, approach through which to characterize the human role and govern the challenges raised by autonomous weapons.