The Value of Concept: Lessons from the Evolution of Antibiotic Resistance 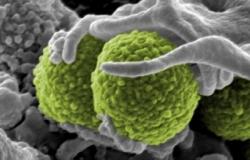 The evolution of resistance to antibiotics in disease causing pathogens is a major world-wide threat to human health. This paper explores why regulatory, funding and institutional structures have inadequately addressed this issue, focusing on data from the US, but emphasizing that these issues are of global scope and applicability. There is an increasing call for serious acceptance of evolutionary biology by the medical community, but the failure to apply evolutionary ideas to the problem of antibiotic resistance continues. These ideas are deceptively simple in their basic formulation, but require sophisticated expertise when it comes to applying them in practice and to human health. The divergent histories of evolutionary biology and medical research have self-referential constituencies in each field. The field of evolutionary biology does not see the applied issues associated with antibiotic resistance as part of its remit. At the biomedical research level, funding for research on evolution of antibiotic resistance is paltry compared to its importance as a health threat, regulatory requirements do not address evolutionary issues, institutional structures dealing with the issue are undeveloped, and there is even avoidance of the word ‘evolution’ in the context of antibiotic resistance. Current approaches to antibiotic resistance invoke evolutionary principles at a such a naive level that what is put forward are ineffective seat-of-the-pants rules that have no strong theoretical basis and are almost always in desperate need of justification through evidence-based research. Clear solutions exist but their implementation remains problematic.

Regulatory agencies should recognize that pharmaceuticals, such as antibiotics, developed against biological agents that evolve should be regulated very differently from those that are used against systemic diseases.
Evolutionary impact statements, or their equivalent, should accompany all new antimicrobials as part of the licensing process, and should include tests for the presence of resistance evolution. Labelling requirements should accommodate the potential decreasing efficacy of the drugs resulting from evolution in the target pathogen.
Monitoring programs for antibiotic resistance should be greatly extended, made public, and should include nonhospitalized patients as well as nursing homes. Hospital and nursing home certification should require tests for antimicrobial resistance to major pathogens.
Medical research centers should establish departments of evolutionary biology on a par with other basic science departments such as immunology or cell biology. Funding agencies should establish graduate and postdoctoral training grants in evolutionary biology and establish professional certification for competency in evolutionary studies.
Funding agencies should have programs specifically dedicated to antibiotic resistance evolution, on a par with those that address other specific medical conditions. Funding should be directed at methods for minimizing evolution of antimicrobial resistance, including study of patterns of dosing and antibiotic use in clinical and lab settings, understanding the evolutionary dynamics of resistant strains and quantifying horizontal gene transfer.
Access Article