The ‘Badlands’ of the ‘Balkan Route’: Policy and Spatial Effects on Urban Refugee Housing 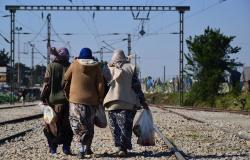 Refugee camps and reception and identification centres (RICs) have long been imagined as ‘the best’ or ‘most suitable’ places for displaced people by states and border management authorities. In contrast, informal housing often provided by activist groups, is frequently framed as a part of the urban ‘badlands’. Drawing on research carried out between 2015 and 2019 in key spaces in Greece and Serbia along the so‐called ‘Balkan Route’, this article engages with the concept of the ‘badlands’ as a lens through which to consider the different types of housing made available for refugees in key urban centres. Following Dikeç (2007), Neely and Samura (2011), and Shabazz (2015), we examine how sites of refugee accommodation are imagined through the lenses of place, space and race and how this shapes policy responses. We ask: what are the main divergences and variations between formal refugee housing and informal sites? Why, given the poor conditions of most refugee camps, are they still viewed as the ‘best’ solution to housing? What role do policy decisions play in ‘othering’ spaces, places, groups and individuals? We examine the spatial effects of multiple policy levels and interventions (EU, national, local, grassroots) on refugee accommodation.

The Future We Get Might Not Be the Future We Want: Analyzing the Rio+20 Outcomes
Philipp Pattberg and Ayşem Mert
Vol 4, Issue 3, September 2013