China and the Great Doubling: Racing to the Top or Bottom of Global Labour Standards? 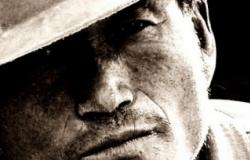 This article draws from the wealth of literature surrounding China's role in global markets. In particular it focuses on the debate regarding China's Lewis turning point and burgeoning market share. This article constructs a theoretical framework surrounding globalisation theory and Richard Freeman's ‘great doubling’ thesis, and assesses the implications of China's reserve-labour surplus for global labour standards. It reviews a wide range of the literature on related topics, assessing the validity of the data therein. Market signals suggesting the depletion of China's reserve-labour surplus are distorted due to state policy known as hukou, which itself may cause China's Lewis turning point to be pushed further into the future. There is evidence that China can catch up with advanced economies in terms of capital intensive production (although they remain some way from doing so) and that China's crowding out of neighbouring economies’ market shares might be seen more accurately as redirection, rather than outright displacement. Finally, this article highlights evidence of a race to the bottom.

What is the Future for the International Civil Service? On Global Public Administration
Jean-Marc Coicaud
Vol 8, Issue 4, November 2017