A Confucian Case for Equal Membership for Foreign Domestic Workers 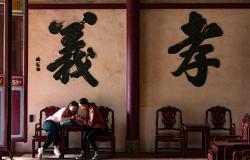 Daniel A. Bell, a leading Confucian and communitarian political theorist, objects to equal membership to foreign domestic workers (FDWs) in East Asia on two Confucianism-inspired normative and practical grounds. Bell's core argument is twofold: first, that liberal-democratic demand for equal membership, despite its good intention, is likely to backfire, driving the current and potential FDWs into a far worse economic situation and second, that in a Confucian culture what is important is not so much justice but family-like affective relationships, which, in Bell's view, can be better fostered between employers and FDWs in the absence of equal membership. In this paper, I challenge Bell's two objections from a Confucian perspective by highlighting that the Confucian appreciates the value of equal membership both for intrinsic reasons, finding the unequal citizen status morally demeaning, as well as for instrumental reasons in terms of its contribution to one's moral self-cultivation.