Europe, the End of the West and Global Power Shifts 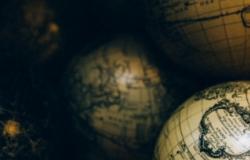 Relative economic, political, and military power is undoubtedly shifting away from the West, most notably to Asia, but also to other world regions. Moreover, non-state actors and cross-border flows increasingly pose challenges to Western states’ capacity for crisis management. Consequently, the liberal world order and its governance structures have come under pressure. Even more fundamental is the emerging challenge to the notion of the ‘West’ as a group of countries led by the United States and unified around core values and principles. The 2016 US election results raise serious doubts about the future US administration's resolve to abide by liberal democratic norms both internally and in their international relations. Whether deliberately or indirectly in the pursuit of other goals, the US may undermine the already weakened rules-based international system and thereby accelerate the decline of the West's material and ideological hegemony. In light of these potential conflicts, European governments must take immediate action to prepare for a new global order. They must first strengthen their own countries and enhance the internal coherence of the Union. Second, they must improve the crisis management facilities and strategic capacities within their borders as well as within the euro area and the EU.