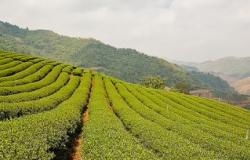 Health insurance reform for rural China is at a crossroads. The achievements of recent reform initiatives appear remarkable as measured by coverage through the New Cooperative Medical Scheme (NCMS); yet there is little evidence that NCMS has made major strides toward improving the financial protection of health care for the rural population. Our assessment suggests that the system may become trapped in a vicious cycle of increases in government subsidies and resulting cost escalations in health care due to strategic responses among health care providers, a factor that hitherto has been largely overlooked. We argue that to improve the sector's overall performance, a thorough reform is needed to change provider payment incentives. Attention should also be directed to strengthening the ability of government agencies to manage health insurance funds effectively through their roles as purchasers and third-party payers.