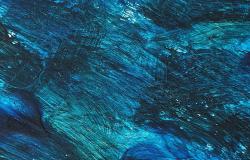 Findings on the effect of repression on political participation are mixed and inconclusive. This article addresses this puzzle by introducing and conceptualizing ‘responses to repression’ as individuals’ varying willingness to risk-taking and continuing with political activities despite possible threats. We use three-wave panel survey data and focus on the run-up to the 2013 Iranian presidential elections, during which the gradual decline in political participation of Green Movement supporters turned into a remarkable increase in activism. The findings indicate that the decision to either refrain from or resist repression plays an important role in explaining some forms of political participation. And, in turn, this decision to either refrain or resist is influenced by social-psychological factors: Iranian Green Movement (IGM) supporters who experienced less fear, were more aggrieved and perceived lower levels of repression than other supporters, were more inclined to embrace risks. Consequently, they more frequently engaged in everyday forms of resistance – covert activities, which are difficult to be controlled and surveilled by states. It implies that social movement supporters in repressive contexts cannot only ignore the risks associated with activism and continue with the same activity but can also find or invent other forms of political activity to resist repression.

The Diffusion of Values among Democracies and Autocracies
Franziska Deutsch and Christian Welzel
Vol 7, Issue 4, November 2016