The Role of Cities in Shaping Transnational Law in Climate Governance 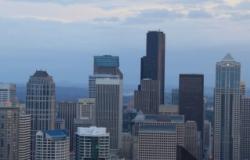 Today, many human rights norms are promoted and reinforced as transnational law in transnational settings involving a multiplicity of state and non-state actors. Over the last few years, debates about constitutionalising a human right to an adequate environment as a legal instrument to confront the devastating consequences of climate change have steadily grown. While the role of states and non-state actors from civil society in promoting human rights legislation is widely acknowledged, the role of cities remains largely unexplored. Cities are major greenhouse gas emitters, profoundly affected by the various consequences of climate change, with more than half of the world population living in urban environments. By providing a brief overview of the principal activities of the largest city networks on climate action, ICLEI – Local Governments for Sustainability and the C40 Climate Action Leadership Group – the article argues that cities have turned into crucial actors in shaping and promoting environmental rights, essentially a human right to an adequate environment.

In shaping the transnational law of environmental rights cities should lead by example and implement ambitious GHG reduction targets and develop far-reaching tools, standards and methodologies to harmonise climate action in cities worldwide.
In the implementation of the Paris Agreement, national governments should rely on cities and their governance networks as natural partners.
Heads of state and government should create better channels of communication with mayors and representatives of major city networks such as ICLEI, C40 or the Compact of Mayors.
Cities should continue to promote their image as cosmopolitan actors in the global system by reinforcing joint network activities with private actors, civil society actors, philanthropic foundations and national governments to find local solutions to the global challenge of climate change.
Access Article