Stateless Persons and the Question of Rights 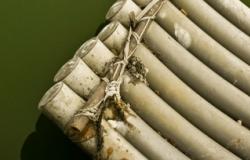 On 4 November 2014, the United Nations High Commissioner for Refugees (UNHCR) launched the worldwide campaign to put an end to statelessness within the time frame of the next ten years. Therefore, according to the UNHCR reasoning no persons should be affected by statelessness in 2024. The launch of the campaign followed the Global Forum on Statelessness in September 2014 that aimed at highlighting the implications of statelessness of concerned persons and to simultaneously raise awareness (Guardian, 2014). In an era when nation states have been in existence for over 300 years and citizenship being granted to nationals by states either by Right of the Soil (jus soli) or by Right of the Blood (jus sanguinis), the condition of statelessness comes as a surprise to many persons disposing of citizenship. The legal status of possessing citizenship is generally taken for granted. In my view, the existence of stateless people points to weaknesses in current national legal rights regimes and bears great risks of both affected persons and society.

The Role of Civil Society in the International Negotiations on the Arms Trade Treaty
Helena Whall and Allison Pytlak
Vol 5, Issue 4, November 2014