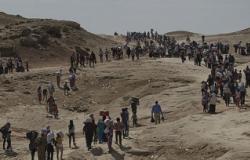 Since it took effect, the EU-Turkey refugee agreement has been the subject of intense debate. While critics argue that it was politically short-sighted, others point out that quick action was necessary to avert both a humanitarian crisis in Greece and the collapse of the Schengen system due to the unwillingness of EU member states to share responsibility. Since the agreement took effect, the most serious problems lay in the implementation process, which has revealed a troubling tendency among EU leaders to disregard the fundamental human rights abuses in Turkey. In the southeast, for example, the Turkish government is waging a full-blown war against its Kurdish population, while a failed coup d’état in July 2016 put the country under a state of emergency that has led to even greater repression and growing reports of violations of asylum law. Ultimately, this agreement may fail, but it will remain necessary for the EU to cooperate with Turkey in order to control migration and work towards developing a comprehensive migration policy. Drawing on lessons from the agreement, this paper shall consider ways forward for future EU migration agreements with third countries.