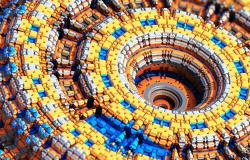 Should science and its products be considered global public goods? An important question that is currently at the heart of multilateral negotiations on sustainable development. There is no doubt that scientific knowledge and its application have benefited billions across the globe. As the multilateral system seeks to implement the new development platform represented by the Sustainable Development Goals (SDGs), there is increasing acceptance of a distinct role for world‐class scientific knowledge and technological understanding in diplomacy. In this evolution of the interface of science with politics, the work of the scientist is being increasingly brought into the halls of political power to inform policy formulation at national, regional and international levels with the aim of improving the human condition.

However, the architecture and outcomes of the interactions between science and diplomacy are not without challenge, particularly in how they connect with political pragmatism. In this article, I aim to draw lessons from two diplomatic contexts in which I have worked. The first, as a Minister and international representative of Barbados, a Small Island Developing State (SIDS); and the second, as Assistant Secretary General of the UN and Executive Coordinator of the 2012 UN Conference on Sustainable Development.