Borrowing Patterns in the Global Financial Safety Net: Does Governance Play a Role? 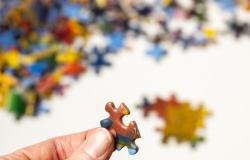 The global financial safety net (GFSN) has become a complex regime. Regional financial arrangements (RFAs) have emerged alongside established IMF structures. How relevant are RFAs and the IMF in moments of financial crisis? And more specifically: Do member countries resort to RFAs as complements or as substitutes to IMF lending? To answer these questions, we developed an original data-set on the GSFN use by the 61 emerging market and developing economies (EMDEs) that are members of existing RFAs between 1976 and 2018. We find that not only economic criteria such as lending volume, timeliness and conditionality drive patterns of complementarity and substitution in crisis finance, but that RFA governance structure and regional independence matters. The data show that borrower-dominated RFAs are used much more frequently than creditor-dominated RFAs. Moreover, RFAs which lack regional policy autonomy but are dependent on the IMF are not called upon – even if they have far superior volumes of potential lending capacity.

Photo by Sharon Snider from Pexels