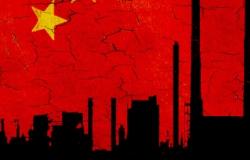 Once regarded as an unstoppable giant and stalwart of the global economy, China today shows signs of economic and political fragility. The interrelated risks of an abrupt economic slowdown, a collapse of the financial system, and political instability in China are now apparent, warn international observers. In spite of these risks, or perhaps because of them, Chinese foreign policy is at its most assertive and activist in decades. A China that is bold, but brittle, presents significant new foreign policy challenges for European countries. To navigate these successfully, European states must develop a coherent and proactive strategy in recognition of both circumstances. This article discusses the state of recent international scholarship and controversy on China's domestic political economy and global engagement. The discussion relates a wave of recent attention to China's mounting domestic economic and political vulnerabilities and points to implications of these developments for China's ambitions to play a leading role in the international system beyond its immediate region.