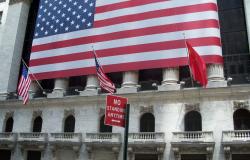 During the 2008–09 financial crisis, many states were forced to nationalize faltering private banks. But also public banks ran into trouble and market actors continue to worry about their stability and crisis resilience. During the crisis, German public Landesbankenand Spanish public Cajas were hit hard. Yet, German public Sparkassen emerged strengthened from the crisis. This calls for a closer examination of the regulatory framework and corporate governance of public banks. We compare how corporate governance choices affected the financial crisis performance of public banks in three countries. Italy that had privatized its extensive public banking sector over the past decades; Spain that had problems with its savings banks during the crisis, which were eventually privatized or shut down; and Germany whose public savings banks navigated the financial crisis relatively well while its public Landesbanken got into serious trouble, and where calls for privatizing public banks resurface periodically. The paper considers the question whether Italy's banking crisis is partly rooted in the legacies of its formerly public banks and how the privatization of public banks in Spain and Italy can inform the debate in Germany and in other European Union countries with significant public banking sectors.

Arduous Learning or New Uncertainties? The Emergence of German Diplomacy in the Ukrainian Crisis
Wolfgang Seibel
Special Issue: Changing the European Debate: A Rollback of Democracy

Acknowledging Urbanization: A Survey of the Role of Cities in UN Frameworks
Anna Kosovac, Michele Acuto and Terry Louise Jones
Vol 11, Issue 3, May 2020