Financial Stability and the Trans-Pacific Partnership: Lessons from Chile and Malaysia 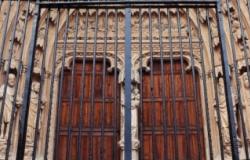 There is growing recognition that nations may need to deploy cross-border financial regulations to prevent and mitigate financial crises. Indeed, in December 2012 the International Monetary Fund (IMF) agreed on a new ‘institutional view’ that notes how the IMF will begin to recommend that nations deploy cross-border financial regulations in the future. However, many nations have become party to global, regional and bilateral trade and investment treaties that may restrict their ability to deploy such regulations effectively. This article analyzes the cases of two countries currently in negotiation over a Trans-Pacific Partnership Agreement (TPP): Chile and Malaysia. This article examines the extent to which each nation has deployed cross-border financial regulations in the past, and the extent to which they have negotiated the policy space for such regulations in its trade and investment treaties. Finally, this article analyzes the degree to which such measures would be permitted if the TPP's investment provisions looked like the model bilateral investment treaty of the USA. We find that, with some important exceptions, both countries have successfully deployed cross-border financial regulations and have carved out the ability to do so under the World Trade Organization (WTO) and some regional commitments. However, such policy space would be jeopardized if the TPP conformed to the US model rather than arrangements that each country has been able to broker in other arenas.

Policies for regulating global finance may be increasingly incompatible with global trade rules.
The TPP is being negotiated in a region with a long history of financial instability and parties to the treaty should be sure that nations have the flexibility to regulate cross-border finance.
Traditional trade negotiators and policy makers in central banks and finance ministries need to have more dialogue. ‘Trade’ is increasingly about financial services but is being negotiated by those with little expertise of financial matters.
New institutions such as the Financial Stability Board should partner with trade institutions such as the WTO to ensure compatibility between the twin goals of boosting world trade and maintaining financial stability.
Access Article