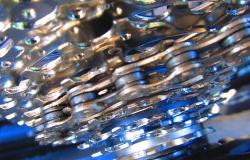 The aim of this article is to show how the degree of integration into so‐called global value chains (GVCs) affects World Trade Organization (WTO) members’ decision to initiate a dispute at the WTO. Many potential violations of WTO law remain unchallenged, raising the question under which conditions WTO members complain about particular allegedly‐WTO‐incompatible policies. Controlling for alternative explanations, we demonstrate that decision‐makers are generally more likely to try and eliminate barriers to cross‐border trade by tabling a WTO complaint, when they are facing pressures to do so by firms and sectors highly integrated into such GVCs, especially when these are multinational corporations with sourcing interests in the defendant country. We test our hypothesis by comparing data from trade barrier reports with actual dispute initiation data from the US and find that, all else equal, trade barriers are more likely to be filed as disputes at the WTO in sectors with US MNCs highly integrated into GVCs. In light of the anti‐WTO rhetoric of the current US administration and its attempts to undermine its functioning and legitimacy, this analysis suggests that GVCs activate relevant societal actors that have an interest to uphold existing multilateral trade commitments, even in the efface of reluctance from their own political leaders.