Introduction: Bringing Institutions Back in the Study of Global Value Chains 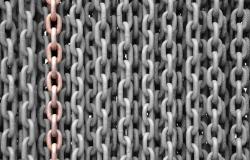 This article introduces and summarizes the key questions and findings of this special issue of Global Policy on the role of domestic and international institutions in the study of global value chains (GVCs). The article starts by briefly introducing the concept of GVCs and the state‐of‐the‐art of the existing literature focusing on the political implications of these landmark changes in the global economy. Then, we make a case for grounding this emerging literature more strongly into an ‘institutionalist’ perspective. More specifically, we argue that while a great deal of attention has been paid to intra‐chain governance modes – that is, the different ways in which firms organize their cross‐border production arrangements – the role external institutional forces play in structuring chain dynamics remains surprisingly under‐researched. These observations invite an analytical perspective that brings institutions back into the study of GVCs. The contributions to the special issue focus on multiple causal pathways linking GVCs and various types of domestic‐ and international institutions. Altogether, these contributions underscore that the politics engendered by GVCs, as well as how they evolve, can only be fully understood by paying attention to the external institutional context in which they are embedded.

Overcoming the Incoherent ‘Grand Maneuver’ in the French Film and TV Markets: Lessons from the Experiences in France and Korea
Jimmyn Parc and Patrick Messerlin
Special Issue - Cultural Policy and Protectionism