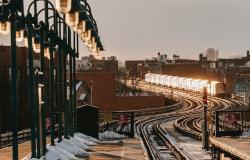 The OECD Arrangement on Officially Supported Export Credits has the potential to make a sizeable impact on the energy-related aspects of the green transition because energy-related projects have traditionally represented a significant share of the overall amount of support provided in accordance with the Arrangement. Export credits supported according to the Arrangement (except those provided under the aircraft sector understanding) amounted to USD 717 billion over the period 2007–2021, or an average of approximately USD 50 billion annually.