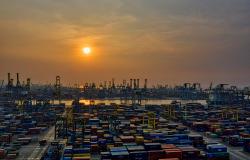 For many people, trade is about goods and so the most momentous aspect of the Trade and Cooperation Agreement (TCA) is the provisions on goods. This article looks at the provisions on the trade in goods under the TCA and compares them with those on the Customs Union and the Single Market for goods under EU law (which still apply to Northern Ireland under the Ireland/Northern Ireland Protocol). It argues that the approach to the movement of goods in the TCA has much more in common with the World Trade Organization's (WTO) provisions on goods, on which the TCA draws heavily, than EU law. This shift to a ‘WTO plus’ approach (as opposed to an ‘EU law minus’) is because the UK government considered that the Brexit vote gave a green light for a total break with the EU’s rules. Using four examples (the principle of non-discrimination; the significance of a ‘0, 0’ agreement; regulatory barriers to trade; and mutual recognition), this article shows just how close the TCA Title on Trade in Goods is to WTO law – and how far it is from EU law.

When the State Brings Itself Back into GVC: The Case of the Indonesian Palm Oil Pledge
Ahmad Dermawan Otto Hospes
Special Issue - New Perspectives on Global Value Chains: Bringing Institutions Back In